The Cowichan-Malahat-Langford riding is 4,556 square kilometres which includes the City of Langford, Port Renfrew, the City of Duncan, Municipality of North Cowichan, the community Cowichan Bay and the Town of Lake Cowichan. The Cowichan Valley with its beautiful coastal communities of Chemainus and Crofton and Cobble Hill encompassing the rolling pastureland and low hills of the valley are ideally suited for agriculture and for the recently established vineyards of the area.

Our riding is within the Quw’utsun, Malexel and W̱sanec ancestral territories. The Cowichan Valley is named for the Khowutzun ("warm land") people, who number 4,900 -- the largest single First Nations band in B.C.. Native art and totems characterize the town of Duncan, at the heart of this area.

We have a diverse economy but forestry, fishing, farming and tourism make up the majority. The municipality of Langford, a suburb to the provincial capital of Victoria has seen rapid expansion over the years becoming the 2nd fastest growing community in Canada,  It is an example of what a progressive, pro-development local government can accomplish for families and businesses.

Some key goals of local Conservatives are: 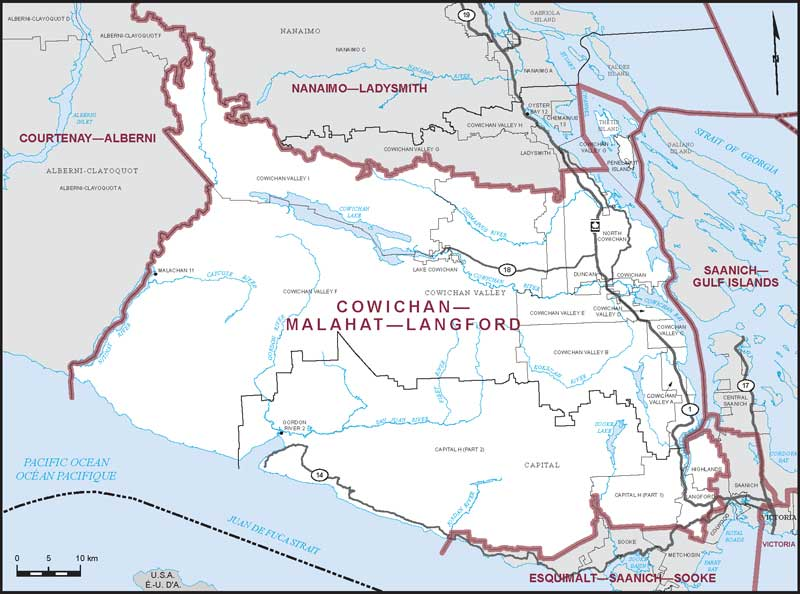